It’s taken me longer than usual to get through this assignment, partially because I was presenting at the Vietnam Tech Conference last weekend in Saigon, and partially because I had trouble deciding on what story to tell.  I considered some of the stories of my own past, but realized that most of the most meaningful stories to me don’t have an easy set of visuals to accompany them. Additionally, they didn’t seem to really fit with the themes current in my life. 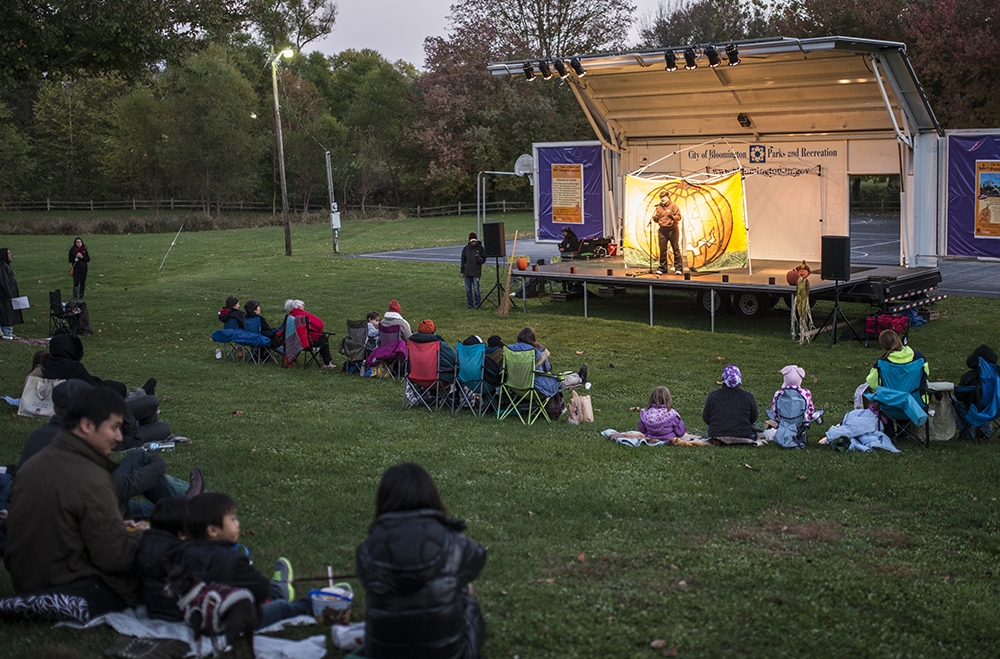 I’ve been doing storytelling for the past 10 years or so. When I moved to Bloomington, Indiana one of my close friends there told me about the Bloomington Storytellers’ Guild, a group that met monthly to share stories and techniques, as well as twice a year to perform for the community: a Festival of Ghost Stories in October and a Wintertelling event in Jan / Feb.

As I began my training to become a history teacher, I knew that I wanted to improve my storytelling craft so that I could bring some of the stories from history to life. Every October I worked to find a story that fit with mood or theme that seemed most relevant. My first year, I told the story of The Monkey’s Paw by W.W. Jacobs because my father had told me a variation of it when I was young. The next year, I sought out the scariest story I could find and ended up with The Room in the Tower by E.F. Benson.

For the next few years, I tried (with varying success) to write my own stories and tell them for the community. Yet in all of these cases, the stories used a single modality, words, to both tell the story and to connect with the audience. This year, as I’ve been studying and practicing how to create engaging, effective presentations, I still keep coming back to the importance of words, ideas, and content over graphics or transitions.

That said, digital storytelling is a different beast than a live storytelling presentation, and the visuals give an opportunity to connect directly with the audience in a way that words can’t. Since much of my work this year has revolved around my 21st Century Problems presentation, I thought this might made a good opportunity to strip it down to the essentials, condense the ideas into a 5 minute script, and then turn it into a pecha kucha style presentation with slides every 15 seconds.

First I recorded the script with Audacity, cleaned up the noise, and tried to edit it so that it would fit into 15 second chunks. Then I fit the script into a story-grid and began to look for pictures that were in the Creative Commons that would fit with each chunk. Once I had all the pictures and the attributions, I loaded the photos into Adobe Premiere Essentials and tested to see how it ran against the audio track.

Right away, I could tell that a strict pecha kucha format wasn’t going to work as well.  The transitions of the script simply didn’t match the slide transitions, so the flow felt very much off. I threw away the strict timings and instead matched the transitions with the actual points in the script that made the most sense. In this process I ended up adding a few new photos as well.

Finally, I found an audio track called “Red Steam” by Boogie Belgique that was about the right length and available under CC through the website Jamendo.  I put the song in, added titles and credits, rendered it, and uploaded it to YouTube.

Overall, I think the video came out fairly well, though there are always things that can be tweaked. If you have any suggestions, please offer them in the comments!