It’s interesting to me how privacy means so many different things to different people. Growing up in a Boston suburb in the 1990s, for me privacy meant having my own room and being able to lock my door.  For my parents it meant not being interrupted at dinnertime by telemarketers, and not giving out their Social Security number to random people. Privacy meant not asking casual acquaintances about their personal life, and not going to someone else’s house unannounced.

One of the amazing things about going to college was that I was surrounded by people who didn’t know me; I could reinvent myself and could let go of the baggage of past mistakes.  There was the anonymity of stepping into a classroom where you didn’t know anyone, and the excitement of having a more fluid identity.

Here in Vietnam there is an entirely different notion of privacy; community plays a much more important role than personal space.  Most Vietnamese live with their parents until they get married, and then they move into a house nearby their parents and live with their spouse.  In order to find ‘privacy’, young couples will sit on their motorbikes by the lake, often just outside my apartment, where they will sit, talk, and kiss. 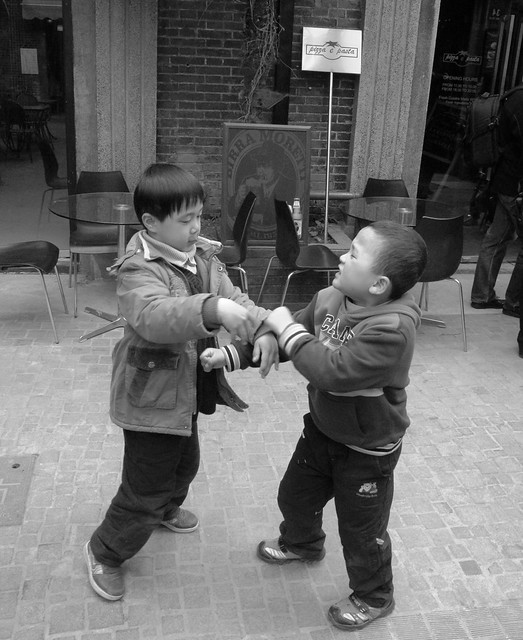 When we look at the question of online privacy, the issue becomes that much more complex.  On the one hand we have the problems on anonymity: where people will feel able to say nasty and hurtful about one another because there is no social accountability.  In many ways, though, this type of behavior has been going on for decades. Kids have been passing anonymous notes in classrooms since the invention of paper. When I was in high school a few kids wrote up a s#@& list of mean things about everyone in school, photocopied it, and then dropped the lists off where people could find them.  Those students were caught on surveillance footage at the photocopy store.

On the other hand, we have problems of too little anonymity: people are haunted by their digital footprint for years if they make inappropriate remarks that ‘go viral’. This becomes increasingly problematic for public figures like politicians, sports figures, and celebrities. It’s easy to see how people who are accustomed to having a private life get frustrated at these ‘intrusions’. For most of us, though, we are protected by a mountain of hay; there is so much data about everyone that most of the time we can safely assume that no one is paying close attention to our individual needle.

Tattoos for all Zombie Copyright Laws